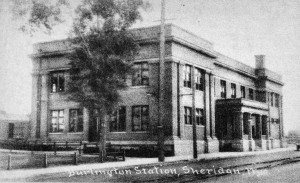 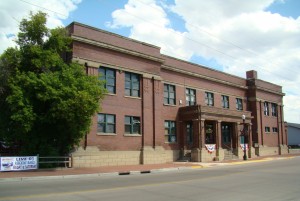 The Chicago, Burlington & Quincy Railroad was both a freight and passenger service that began in the 1880’s. The red brick, Classical-Revival style station was built in 1912 and incorporated several businesses over the years, including the addition of the W U Telegraph Co. in 1930. The building remained a passenger station until rail service was discontinued in 1969. The building has recently been converted to a bar and billiards space.