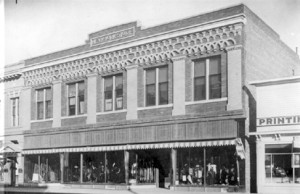 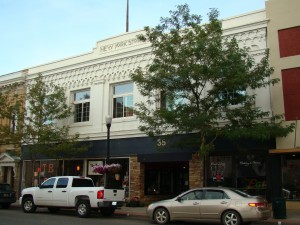 Stevens and Fryberger originally started their dry goods business as the “New York Store” in 1895 at 360 N. Main. In 1908, Stevens and Frybergers moved their store to its current location and continued to operate it as the “New York Store,” at what was considered to be one of the best pieces of property in the downtown at that time. The largest department store in northern Wyoming, the women’s clothing selection was renowned for top fashions of the day. While Stevens Fryberger operated up until the mid-1990s, it continues to advertise in brickwork the classic reputation of the New York Store at the top of the building.