Large and small communities alike are saying the same thing:

The Arts play an important role in creating that special sense of place within our Historic Downtown Sheridan.  We are fortunate to have, within walking distance of each other, the Library, the WYO Theatre, King’s Museum, Centennial Theater, and several art galleries. We have many bronze sculptures on Grinnell Plaza and throughout downtown. There is also a student-created mural on Carroll’ s Furniture Warehouse at Brooks Street.

In 1992 when a group of citizens interested in participating in the Downtown Master Plan met at a town meeting held at the Historic Sheridan Inn, it was suggested that Grinnell Street be the location of street fairs and public art. In 2001, the Grinnell Plaza project, which was funded with private donations, grant monies, and City monies, made that dream a reality. The next step towards completing that dream was the addition of public art. In 2001, the Mayor, Jim Wilson, formed a public arts committee with a specific mission to promote and select works of art for Grinnell Plaza and other areas of the City.

After City Council approval of written guidelines, the order of business for the Public Arts Committee was to request proposals from artists nationwide. Forty-eight artists submitted sixty sculptures for consideration. After a careful reviewing process, the committee selected eight sculptures which would be appropriate for Grinnell Plaza and other areas in Sheridan. In addition to funding from the City of Sheridan’s 1% optional sales tax, the Arts Committee continuously seeks funding from individuals or organizations to fund additional pieces. Sheridan now has 93 permanent pieces of art in downtown Sheridan and 11 outside of the downtown district. Sheridan also continues to display 11 pieces that are on loan. All on loan pieces are available for purchase.

A Book for Everyone

Bella and the Bug

Broken Everything but My Word

Caught in the Open

Coming Through the Rye

Flower Dancing in the Wind

Looking for a Soft Spot**

Riding out a Bad Investment

Spirit of the Thunderbird

The Tree of Life

The World Is Mine

Thunder of the Plains 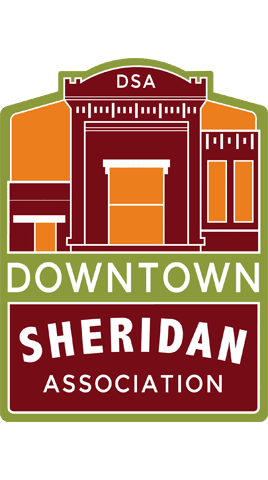