The Stork Building and the Valentan Hotel 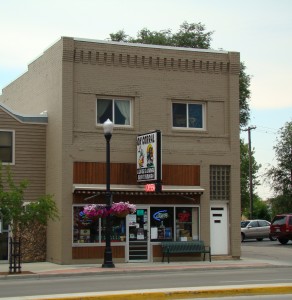 Built in the 1910s, this building was home to the Stork family and the Valentan Hotel. Considered to be “pioneers” in Sheridan, the Stocks made their way to Wyoming from England around 1900. Harry Stork opened a coal mine north of Sheridan. He died in the building in 1916, while his wife, Helen, continued to hold the property until 1945. Helen took in various boarders over the years, keeping furnished rooms on the property, occasionally used for various “ladies of the night” and their customers, along with a restaurant. This practice continued until the building was sold. Helen Stork died in 1948 at 87 years of age.